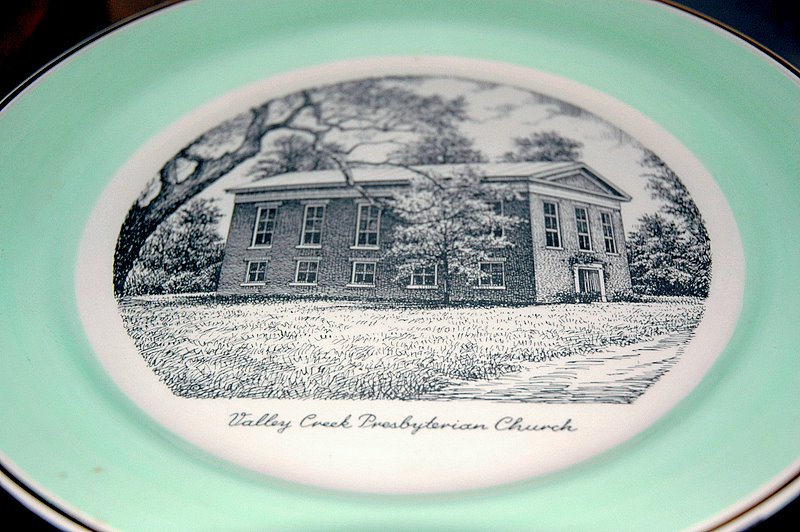 Valley Creek Presbyterian Church has substantial claim on Dallas County. The eight families that founded the church in 1816 were early settlers who also helped build the community. The oldest Presbyterian church in Dallas County and among the oldest in the state, the church still has an annual homecoming. This structure, featured on a plate exhibited at the Old Depot Museum, was built in 1857 and added to the National Register of Historic Places in 1975. It is a Greek Revival building, and according to Civil War history, an original log structure built in 1821 was burned by the Union raiders in 1865.
Posted by Janet at 12:00 AM

I like in this photo that its not sharp everywhere!

Wouldn't it be wonderful to have plates depicting all the historical sights around your town? That would bring up all kinds of conversation at the dinner table.

This church building is definitely different from the others around here.
Annie, I like your idea for historic sights plates! For some reason, our area seems to have a lot of plates with churches on them. I have one of the church I grew up in.