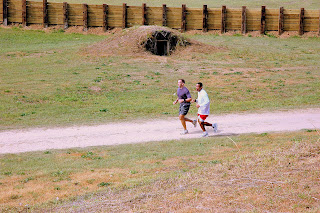 Two runners of different races are chained
together with handcuffs as they participate
in The Defiant Run, a marathon that promotes unity. Here, they jog their way through Riverside Park, site of the Battle of Selma Reenactment, which takes place in two weeks.

Email ThisBlogThis!Share to TwitterShare to FacebookShare to Pinterest
Labels: The Defiant Run 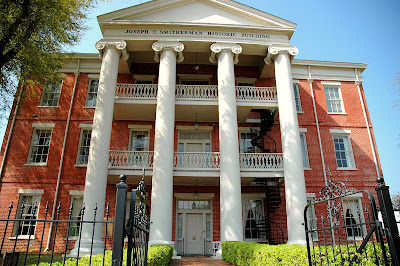 The Vaughan-Smitherman Museum has served many purposes since 1847 ... Confederate hospital, county courthouse, Presbyterian school and modern-day Vaughan Hospital. Named for former Selma Mayor Joe Smitherman, today it houses treasures such as exquisite furniture from the Wilby Theatre, Civil War munitions that were manufactured in Selma, hospital memorabilia, military uniforms and railroad exhibits. The building and grounds are often used for weddings, receptions and civic meetings. 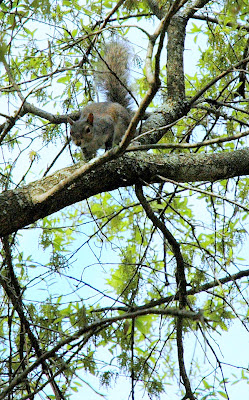 Whisky Frisky took time from his scamper among the branches to pose for my camera.
He or she belongs to the Squirrel Family of Byrd Elementary School on Lapsley Street. 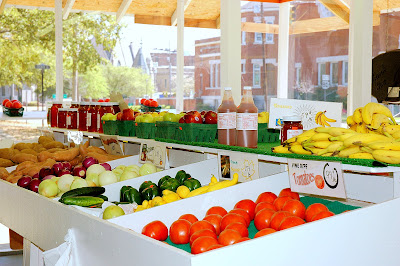 The newly renovated Cleckler's Produce has reopened in downtown Selma. The owners don't just sell fresh fruits and vegetables. They prepare some ready-to-go in quart plastic bags for dinner tonight or freezing for later. In a few weeks, the famous Chilton County peaches will fill their bins.
Posted by Janet at 2:57 PM 4 comments: 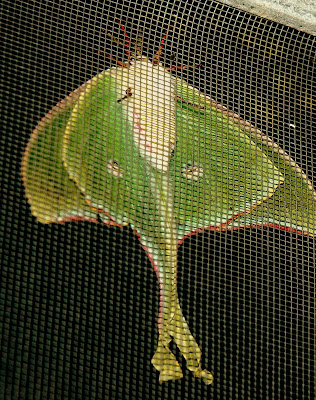 According to Internet images, I'm guessing it's a Luna Moth, described as common but not so common to find.
They are nocturnal, and while we assumed it was catching insects, NOT so. In the caterpillar stage, they eat sweetgum, hickory and walnut leaves (we have sweetgum). But after metamorphasis, they live (about a week) only to mate, then die.

Abraham Lincoln isn't the only one in his family who's remembered with a fine memorial. His sister-in-law, Elodie Todd Dawson, has one too.

It stands in Selma's Old Live Oak Cemetery and pays tribute to her southern heritage. She led efforts to raise funds for the Confederate Memorial nearby.

A Kentucky native, Elodie met her husband, Col. N.H.R. Dawson, in Selma while visiting her sister, Martha Todd White. Both were sisters of Lincoln's wife. Martha was accused by the northern press of using a presidential pass to visit Mary Todd Lincoln and smuggle medicine and other needed supplies to the South.

Meanwhile, Col. Dawson was a secessionist leader, head of the Selma Minute Men, captain of the Magnolia Guards and later served as U.S. Commissioner of Education. 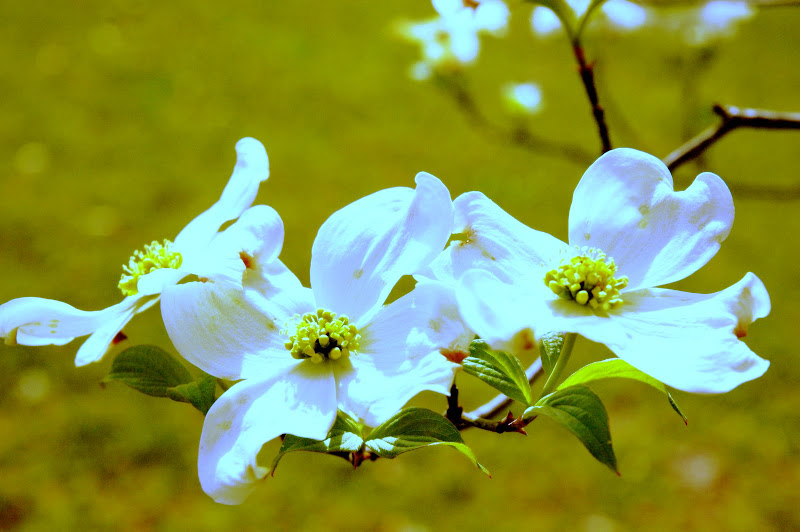 Spring came a couple of weeks early to Selma this year. Dogwood (above), redbud, wysteria, Bradford pear, forsythia and Japanese magnolia are among the flowering trees and shrubs in bloom.

Record high temperatures in the mid- to upper 80s make March feel more like May.

Maybe the month will go "out like a lamb" since it came in on the 1st "roaring like a lion" with deadly tornadoes in nearby Miller's Ferry and down south in Enterprise.

Email ThisBlogThis!Share to TwitterShare to FacebookShare to Pinterest
Labels: dogwood 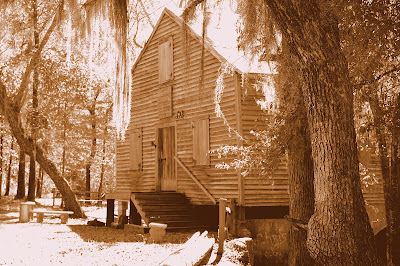 This 1800's grist mill just outside the city limits ground mill until the 1960s.

Edmund Pettus Bridge gets a facelift 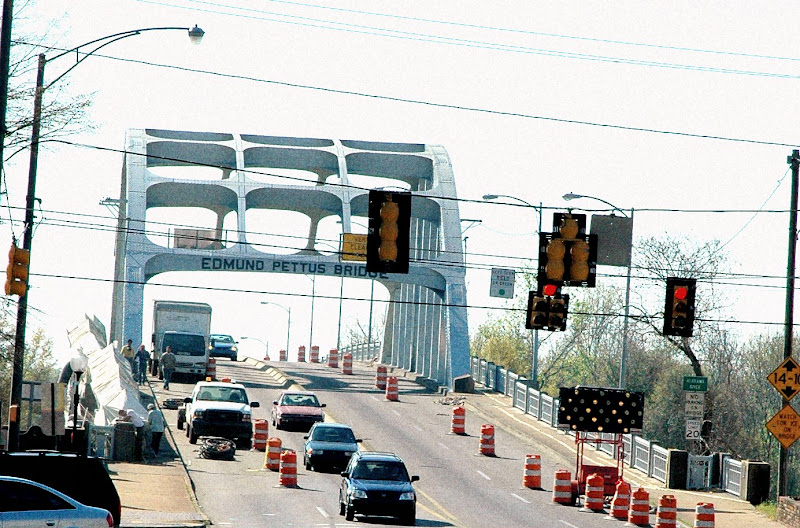 Traffic is squeezed to two lanes as the Edmund Pettus Bridge gets a new coat of paint.

The bridge is famous as the site of the 1965 "Bloody Sunday" Voting Rights March when state troopers and a county posse drove hundreds of marchers back across the bridge with tear gas and billy clubs. The melee was shown on national TV and spurred the U.S. Congress to pass the Voting Rights Act, banning certain requirements used to keep blacks from registering to vote.

Today, visitors from all over the world come to photograph this historic site and to cross the bridge themselves. The span crosses the Alabama River along U.S. Highway 80 in downtown Selma.