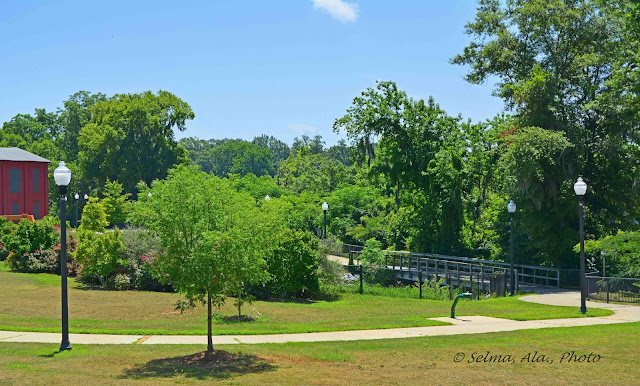 That blue sky is inviting, but summer is a bit too hot
for much midday walking in Riverfront Park,
Wait until late afternoon, and it's a nice stroll by the Alabama River.
The new amphitheater is the red building at the far left.

Linking to Skywatch Friday
Posted by Janet at 9:15 AM 3 comments: 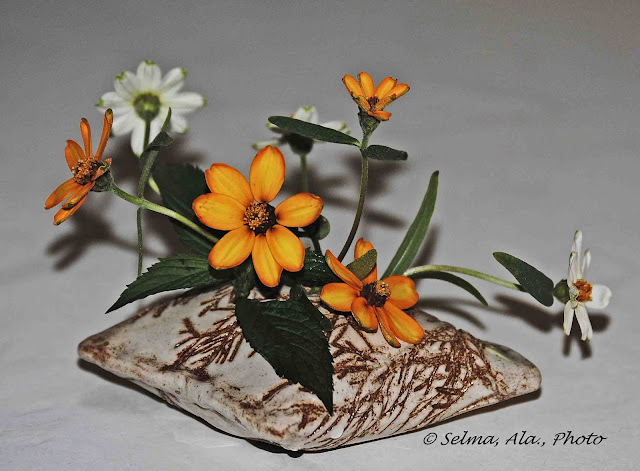 I am loving my posy pillow made by Earthquake Pottery!

It's designed for tiny things, such as a child-size, fist full of wildflowers
or clover or in this case, mint leaves and miniature zinnia-like blossoms.
Holes in the top make it perfect for little blooms. 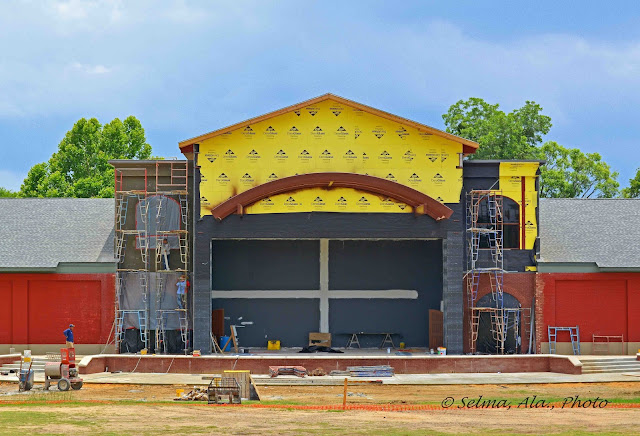 Selma's Riverfront Park Amphitheater is closer to completion
with the first big event , a music and arts festival. scheduled on Labor Day.

The stage is still under construction, and the red building
in back is a former warehouse.

Linking to Skywatch Friday
Posted by Janet at 8:22 AM 1 comment: 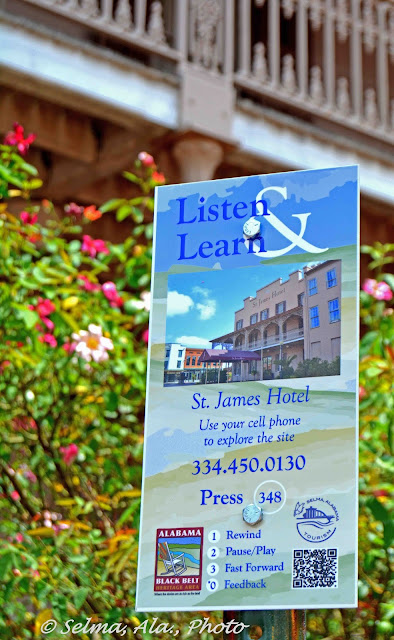 Cell phones are not only welcome but part of the design
for Selma's new audio tours.

Simply dial the number or scan the code with your cell phone to hear
the history at each of 75 historic sites. The histories are narrated
by local citizens. Site maps are available at the
Selma-Dallas County Centre for Commerce and other locations.

Linking to Signs, Signs
Posted by Janet at 8:07 AM 3 comments:

V is for VIOLENT 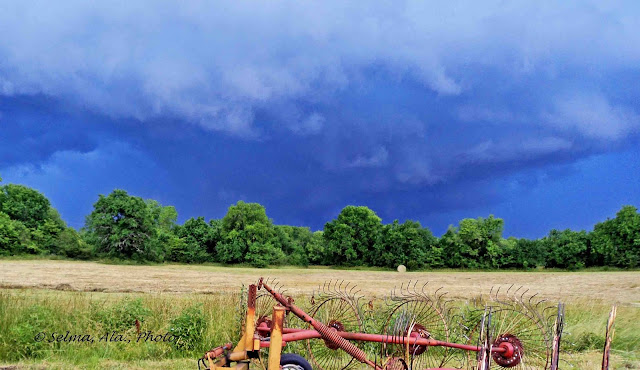 What an especially VIOLENT storm!

The VELOCITY of these dark clouds gave farmers a VALID reason
to get out of the hay fields in central Alabama a couple of weeks ago.

Linking to ABC Wednesday where the letter V is on display 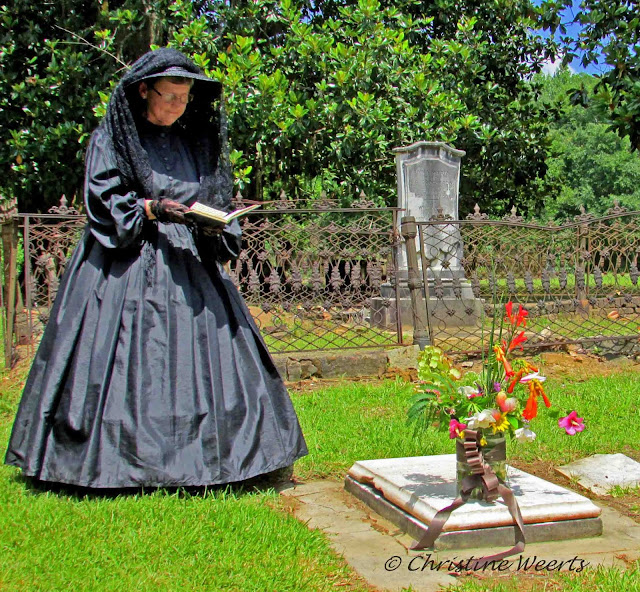 Mary Louisa Portis  was just a week old when she died in 1853,
and many years later, her gravestone was stolen from the cemetery at Cahawba.
But last weekend, the stone came home after Good Samaritans found it
discarded in a cemetery in Montgomery, and the Cahawba Foundation
honored the return with a brief ceremony.

Cahawba Foundation member Anne Dalton donned a period mourning dress
to participate, and others sang, spoke, purchased the bouquet
and laid flowers on the grave.

Mary Louisa is buried next to her three-year-old sister, and their parents,
Thomas and Emma Portis,  were teachers in the town near Selma that was Alabama's
first permanent state capital. Their father later became an attorney,
served in the War Between the States and eventually moved to St. Louis
where he represented Jay Gould's railroad interests and apparently
became vice president of the Missouri Pacific Railroad.
Portis, Kansas was named in his honor. 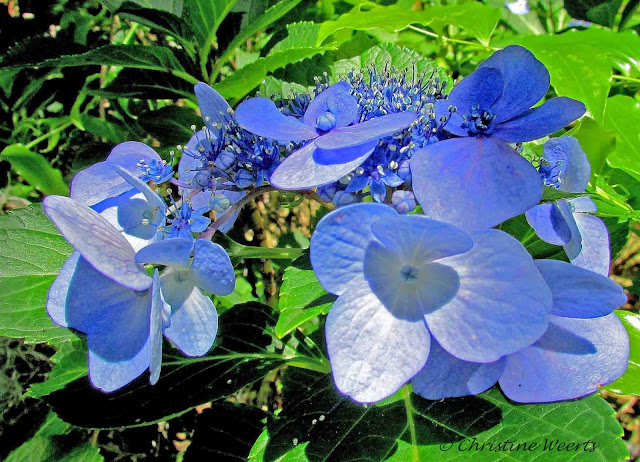 Summer can't get much showier than this!

The blue hydrangea is a warm-season favorite down South,
and these beauties were grown by former District Judge Miller Childers.

Thanks to guest photographer Christine Weerts.