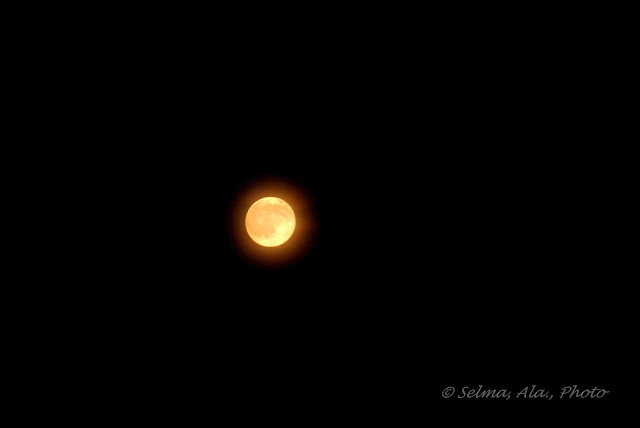 It's Skywatch Friday, and July graced us with two full moons.
This is the first one taken on July 1. The second full moon,
called a blue moon, occurred early this morning but wasn't visible
at my house at 5 a.m.

Linking to Skywatch Friday
Posted by Janet at 7:23 AM 5 comments: 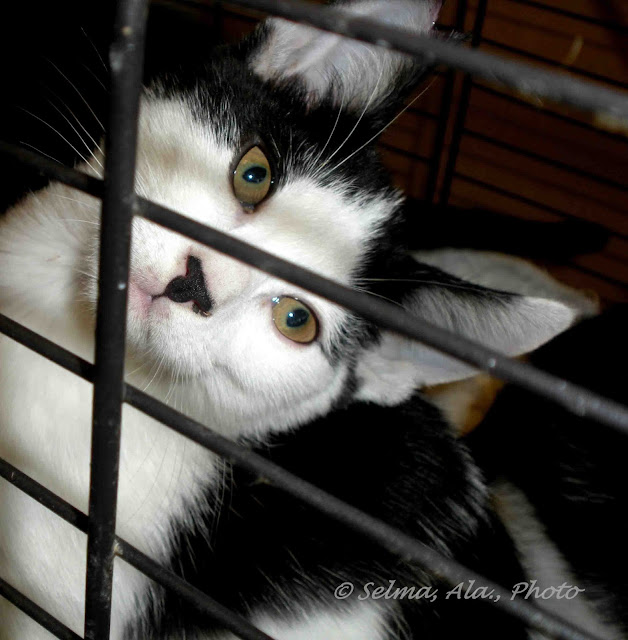 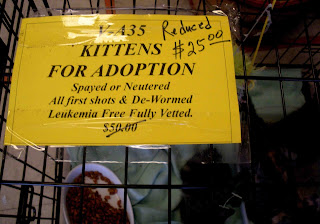 So how can a cat lover resist a face as sweet as this one??

It seems that one of our local veterinary clinics has kittens for sale
at Junebugg's! A beautiful long-haired grey kitten found its adoptive family
while I was there, and several other adorable felines are available.
If you prefer an older kitten, Junebugg's has a few of those too!
Just ask to see them!

Linking to Signs, Signs
Posted by Janet at 5:19 PM 2 comments:

High Water Mark at the Pond 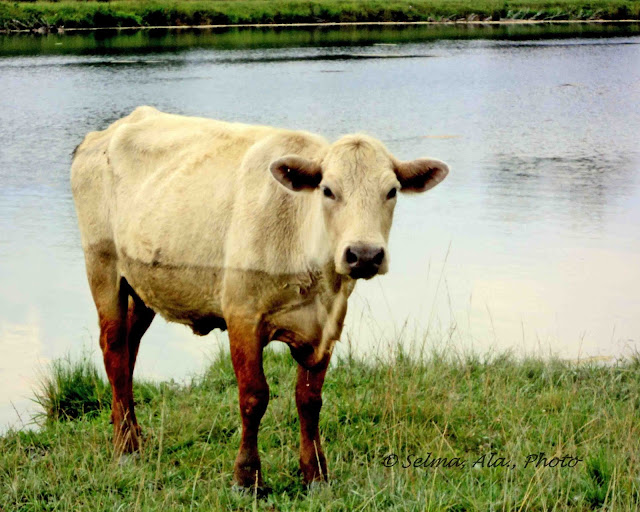 We think this cow spent the Fourth of July weekend wading in the pond!

Linking to City Daily Photo Blogs
Posted by Janet at 9:26 AM 2 comments:

Email ThisBlogThis!Share to TwitterShare to FacebookShare to Pinterest
Labels: high water mark, summer on the farm 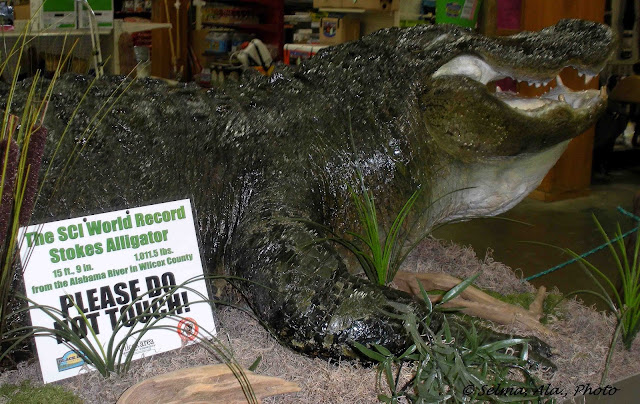 What is 15 feet, nine inches long, weighs 1,011.5 pounds
and used to reside in the Alabama River?

It's Wilcox County's own world-record Stokes Alligator, caught last August
by Mandy Stokes and her team from Thomaston. The team included
her husband, brother-in-law and his two teens. The gator is on display
at the Central Alabama Farmers Co-op in Selma through July.

Two years ago, the co-op hosted the state-record Fancher Alligator,
also caught in Wilcox County, which you can see HERE.

Linking to Signs, Signs
and City Daily Photo Blogs
Posted by Janet at 7:46 AM 5 comments: 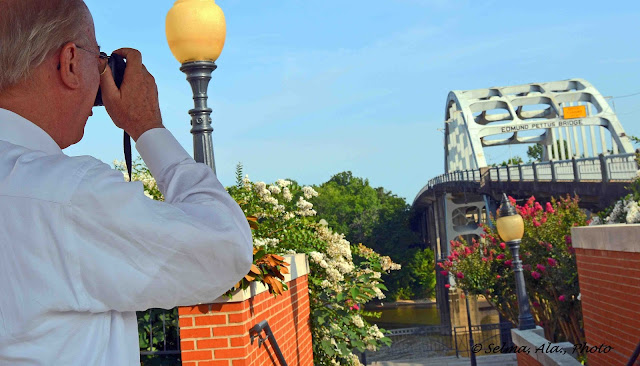 I was there for the 50th anniversary
of the Selma-to-Montgomery Voting Rights March.

I was there for the 150th anniversary of the Battle of Selma.

And I was there for the scheduled 75th anniversary
of the opening of the Edmund Pettus Bridge.

State Tourism Director Lee Sentell (pictured taking a picture) was there
yesterday too. So was a lady from Valley Grande, but no one else came!

We hadn't heard that the city canceled the ceremony  earlier in the day,
apparently due to stormy weather. But by 5:30 p.m., the sun shone perfectly
on the north face of the bridge. Crepe myrtles bowed their blossoms,
and The Songs of Selma Park treated us to its summer best!
All was not lost. We took plenty of pictures!

The bridge was designed by Henson K. Stephenson and opened in May 1940.
The ceremony had been delayed until June.

Linking to City Daily Photo Blogs
Posted by Janet at 5:00 AM 1 comment: