Can you read the sign on the tree?
You can walk on the grass, swing in the swing or sit on the bench,
but DON'T step over that fence!
The property owners don't want you to fall into the river!

Thank you to the boating crew, whoever they may be,
for the great background for Friday Fences!

What to do with old wood and a bundle of baling wire?
Make a flowerpot post!
Lately, it seems some crafty folks around here are creating new uses
for baling wire, old wood and even barbed wire.

See more rural scenes and ideas over at Rural Thursday.
Posted by Janet at 7:57 AM 3 comments:

ABC Wednesday, S is for Seashore

Selma artist Carol Henry painted this uplifting scene of a cross at the seashore,
and it's perfect for S Week at ABC Wednesday. There aren't many places
that I'd rather be than sitting in the sand at the seashore.
The painting was displayed for sale at the recent StreetFest.
Posted by Janet at 5:00 AM 7 comments:

Email ThisBlogThis!Share to TwitterShare to FacebookShare to Pinterest
Labels: cross at seashore, StreetFest

The Alabama River flowed to the rhythm of the Concordia Jazz Band recently
during a river terrace concert at Carneal ArtsRevive. The concert
tapped the talents of Concordia College Selma musicians
during the annual StreetFest celebration. Jazz and Motown tunes
were the melodies of the evening.

Posted at Our World Tuesday
Posted by Janet at 10:07 AM 3 comments: 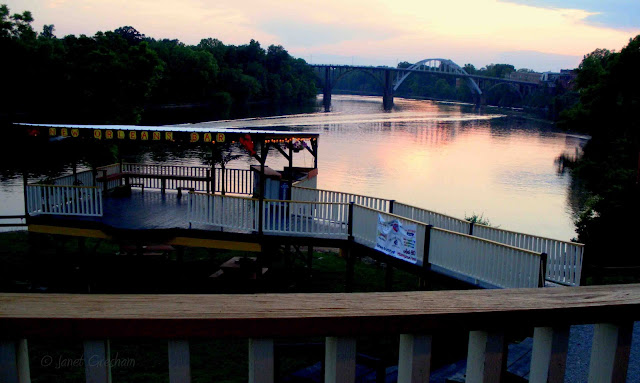 Patrons of the New Orleans Bar & Grill in Selma not only get great Gulf seafood
and local farm-raised catfish but a beautiful view of the Alabama River.
We visited the restaurant this past weekend to celebrate our oldest son's
25th birthday, and I see that the restaurant has added an outdoor bandstand.
Posted by Janet at 7:03 AM 5 comments: 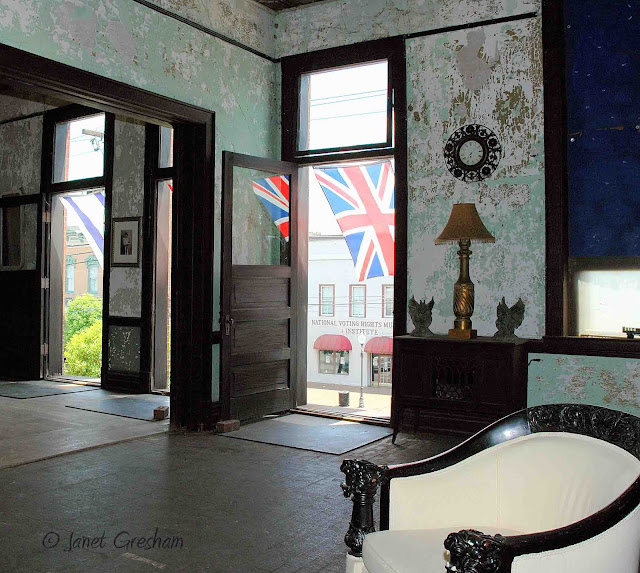 The Harmony Club is hosting tours this weekend during StreetFest!
For just $5, you can tour the former Jewish social club that is now a private home.
It's located on Water Avenue not far from the Edmund Pettus Bridge. In fact, there's
a great view of the bridge from upstairs. The century-old building has been
under renovation for the past decade and includes a grand ballroom.
Posted by Janet at 5:00 AM 5 comments:

Port Columbus (in Georgia) was a major Confederate port located 200 miles inland
on the Chattahoochee River. Last weekend, some representatives
from the Port Columbus National Civil War Naval Museum participated
in the Battle of Selma school tours, sharing information about the last significant
land battle of the Civil War. Like Selma and Richmond, Columbus manufactured
goods for the Confederacy, including firearms, steam engines, cannons
and iron for the ironclad ships.

Posted at ABC Wednesday
Posted by Janet at 4:52 PM 1 comment: 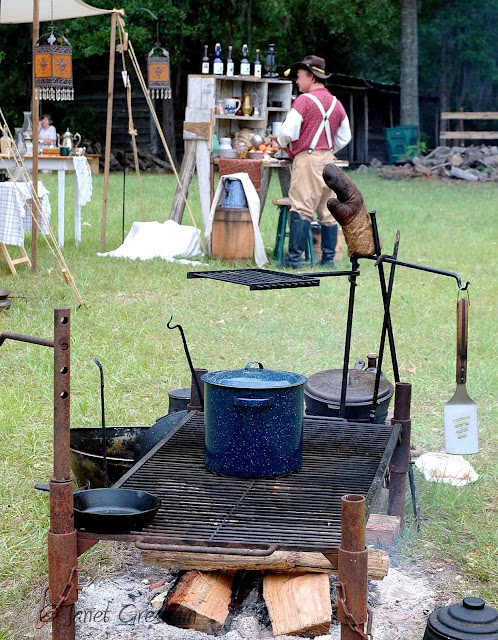 I'm not sure what's cookin' in the kettle, but I bet it's real good!