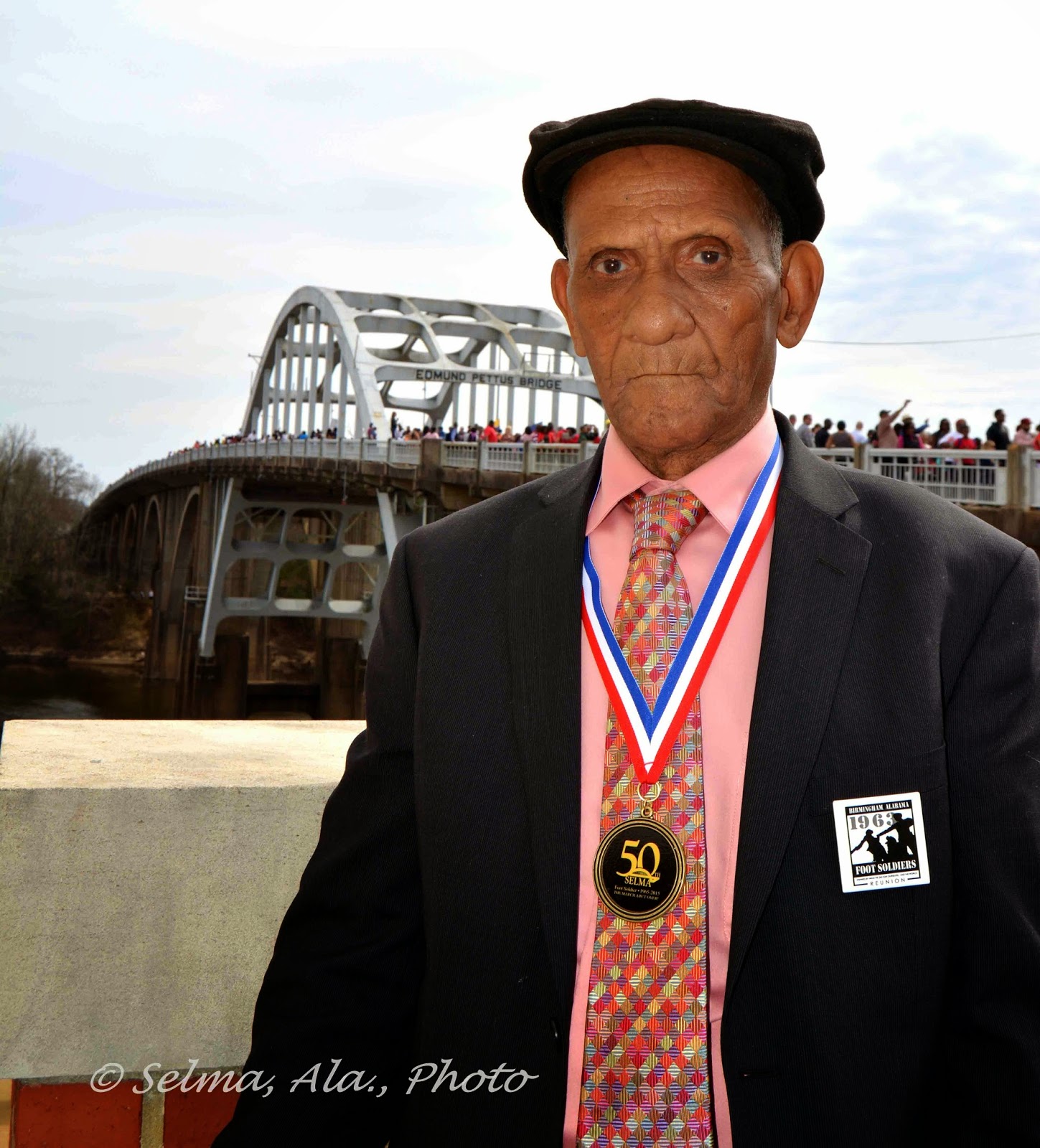 It's "I" Week at ABC Wednesday, and much of the 50th anniversary
of the Selma-to-Montgomery Voting Rights marches this month has focused
on the "I Was There" theme honoring foot soldiers.

I happened to be in Songs of Selma Park on Sunday trying to get
a decent picture of the bridge filled with thousands of people
when Foot Soldier George Sallie walked up accompanied by his niece.
They were there to get a picture too, and I noticed the medal around his neck.

He told me that when he returned home to Selma
after serving his country in Korea, he thought he had earned
the privilege to vote. So he began working to help secure voting rights.

Sallie was 35 years old on "Bloody Sunday." and when he saw the line
of law enforcement officers on the Selmont side of the bridge,
he and a friend tried to quickly figure out whether they should
move forward toward the line, turn around toward Selma
or jump off the bridge. They turned around and ran but not before
he was hit on the head. He still wears a visible scar on his forehead,
"just a little laceration," according to Sallie, who still lives just across the bridge.

Linking to ABC Wednesday
and City Daily Photo Blogs
Posted by Janet at 5:00 AM

A fascinating story; thanks for the photo and sharing his information.

One of many moving stories surrounding the march. Let's hope the name of the bridge gets changed sometime soon. Thank you for capturing this portrait of a patriot.

what an honor to meet him!

Such a strong portrait of him.

Kim, Thank you for visiting and for your comment, but most people in Selma, including those who marched, are not in favor of changing the name.

What an incredible story. I wish I could personally apologize to him for the harm he suffered. It's shameful!

BEST post of week. Brought tears to my eyes. I think you will have a lot to post in the next year! Keep us informed (please).

this is a great iconic photo .. a photo you should save and share with generations to come.

Wonderful piece of history. A great picture and so happy you got to take it.
Ann

I'm definitely linking to this one!

Bloody Sunday was on my 12th birthday; I remember it well.